Rules of Golf: Touching the Rake

Since there is no golf rule specific to where to place the bunker rake, each club has it’s own local rule. Some place it’s in the bunker, others leave it out, and I have seen some half in half out (I guess they cannot make up their mind). In any case, it is challenging to […]

So we took a couple of weeks off for the holidays but we don’t want to get sidetracked from honing up on the Rules of Golf before the season starts and we are more interested in our golf game, golf fashion and interesting golf stories. For me, that is so much more interesting to write […]

Posted on December 20, 2014 by Harriet Moss in Uncategorized

Rule 24B – Often when a player’s ball comes to rest on the cart path someone in the foursome is questioning “where is the nearest point of relief”?  That must be because the rule does not seem to be clear. Pam Brosnihan, head professional at Quail Ridge CC in Boynton Beach, FL makes it perfectly […]

Posted on December 9, 2014 by Harriet Moss in Uncategorized

This is a good opportunity to review the rules of the water hazard from the eyes of Padraig Harrington. I selected the pro golfer’s video as he explains the same rule in his way. Perhaps a review told in different words and video will help the rule stick firmly so that next time we are […]

Now that the weather has gotten cold and for the most part we have put our clubs away perhaps this is the time to  review the rules of golf at our leisure.  I have read  the USGA rules book and I have gone to local rules review courses but I don’t know the rule when I need […]

Just hearing John Denver’s voice make me nostalgic, so as soon as I saw this you tube with John Denver I just could not resist listening.  First of all it is fun to know that he was a golfer.  Not only a golfer he experienced as much difficulty with the game as I so.  The only […]

Posted on October 27, 2014 by Harriet Moss in Uncategorized

We are proud to say that this is the BEST compliment that we have received for our Golf ClubSox ever!  We thank you Francee E.  We wish you and all our friends and family good health and much support in our fight against breast cancer!

Putting is not as easy as it looks.  Every golfer will tell you that they have hit a putt, or many, that did not rolled as the golfer thought it would.  Greens are hard to read.  Some people have a better knack at it than others, but honestly how many times did you think the putt was […]

Golf is a very unusual game with many rules and regulations.  Most of us amateur golfers know  some of the rules but fail to learn all of the tricky and complicated rules that the USGA book maps out for us.  At all the professional tournaments there is a team of officials that are called upon […]

Is This 3-year-Old Golf Prodigy the Next Tiger Woods?

We have all heard of Soccer Moms but have we ever heard of Golf Moms? Several weeks ago I shared a video of Phil Michelson playing with a golf ball and children’s clubs at a very early age. We have all seen the Tiger Woods video shown on Johnny Carson with him carrying his small […] 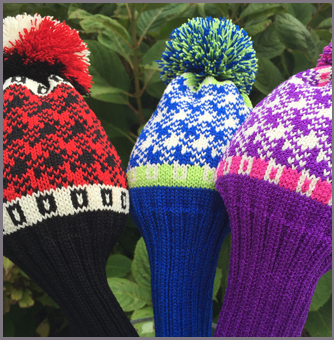 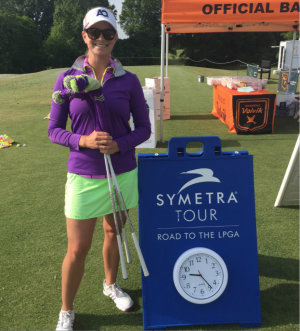